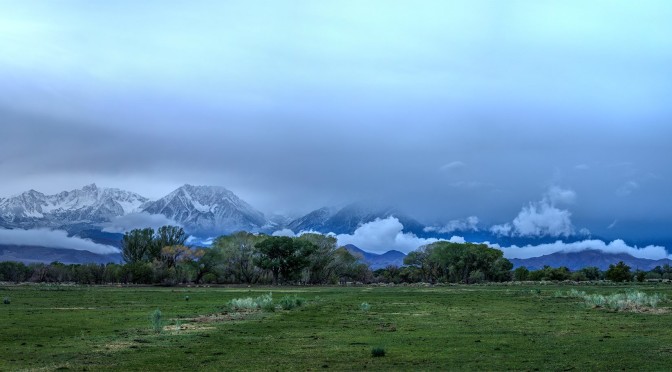 Residents Sally Manning, Daris Moxley, and Gary Gilbert addressed the technical group Tuesday, as they did at the May 4th meeting. Manning quoted the Long Term Water agreement section relating to the DWP’s requirement to provide irrigation water. In regards to cuts in irrigation water, Manning said, “Justice is not being done”.

Daris Moxley spoke passionately about attending technical group and standing committee meetings since 2008 to voice concerns in regards to the DWP’s “non-compliance with the long term water agreement.”. Moxley noted that her questions have not be answered by the LADWP or Inyo County.

Responding to Moxley, Inyo County Water director Bob Harrington said, “We are reviewing the material you submitted and making assessments.”

At the last Standing committee meeting Inyo County and the LADWP did not agree on a program of reasonable reductions in light of the ongoing drought. The long term agreement calls for reductions in irrigation, enhancement/mitigation, and other environmental projects in the Owens Valley. Bob Harrington indicates that Inyo County is continuing to meeting with MOU parties to look at adjustments to current projects to conserve water that could be transferred to irrigation.   Potential projects targeted include the lower owens river project and the owens dry lake.

The Standing committee is set to meet June 4th.