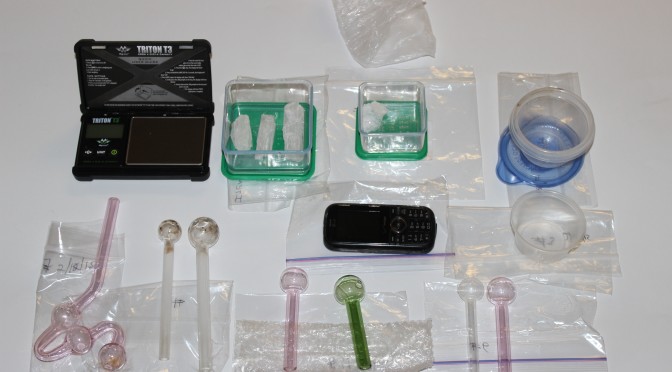 On Thursday, February 12, 2015, Agents with the Inyo Narcotics Enforcement Team (INET), along with assistance from the Inyo County Sheriff’s Department, served a search warrant at a residence on Elm Street in the City of Bishop.  At the residence, Agents seized just over an ounce of methamphetamine, scales, evidence of drug sales, and drug paraphernalia.
The primary suspect of the investigation was not present during the service of the search warrant but was notified by Agents via cellphone of the findings. The primary suspect, Russell Kent Graves (age 63) of Bishop, turned himself in to agents later in the day. He was placed under arrest without further incident.
Graves was booked at the Inyo County Jail on charges of Possession of a Controlled Substance for Sale and Possession of Drug Paraphernalia. He is being held on bail pending arraignment.