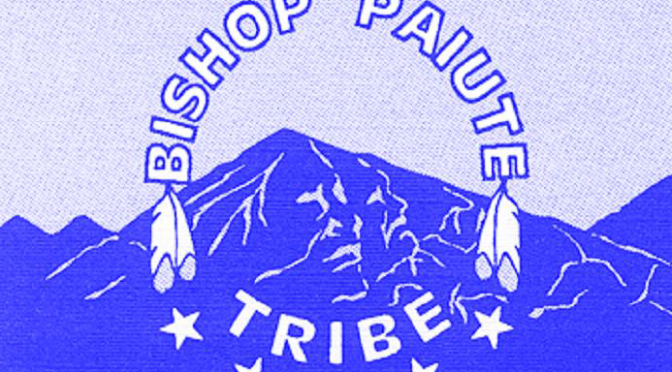 “The Bishop Paiute Tribe would like to take this opportunity to state its support of Tribal Police Officer Daniel Johnson. The Bishop Tribe has maintained a police department since 2009 and its mission is to ensure public safety to the reservation residents and visitors. The incident leading to Officer Johnson’s arrest occurred on December 24, 2014, after he responded to a tribal member’s call for protection in a disturbance by a non-Indian individual who is ordered by both the tribal and state courts to have no contact with the tribal member. Officer Johnson was acting under tribal authority and was carrying out his duties as a Tribal Police Officer for the Bishop Paiute Tribe at the time of the incident.
The Tribe wishes to thank Officer Johnson for his past and continued service to the Tribe and recognize his commitment to the safety and well-being of the Bishop Paiute Reservation and all of its residents. The Tribe and the Tribal Police Department have worked earnestly in the past with the Sheriff’s Department to ensure the public safety on the Bishop Reservation. It is unfortunate and regrettable that the Inyo County Sheriff’s Office and District Attorney has taken the unprecedented actions against Officer Johnson and fails to recognize the inherent Tribal sovereignty of the Bishop Paiute Tribe (including the authority bestowed to our Tribal Police Department). The Bishop Paiute Tribal Police Department continues its commitment to public safety and the protection of all citizens and residents of the Reservation and surrounding communities.”

Johnson,  arrested on January 6th, is facing charges of battery,  false imprisonment, and acting under the color of authority.

Response to Bishop Paiute Tribe Press Release of February 17, 2015
On or about January 5, 2015, the District Attorney filed a criminal complaint alleging three felony charges and one misdemeanor charge against Mr. Daniel Johnson. Specifically, he is charged with
violating Penal Code section 244.5(b), assault with a stun gun; Penal Code section 236, false imprisonment; Penal Code section146a(b), falsely representing himself to be a public officer; and Penal Code section 242, simple battery. The charges are based on allegations that Mr. Johnson used unlawful force on the person of another, and was the result of an investigation conducted by the Inyo County Sheriff’s Department.
The District Attorney’s office reviewed the investigation reports with the same degree of scrutiny that it would apply to any case submitted to it, and determined that sufficient legal cause existed to file the case and to proceed in court. Mr. Johnson is, of course, presumed innocent until proven guilty in a court of law.
Pursuant to an Act of Congress, State law enforcement authorities in the State of California are obligated to investigate and prosecute crimes alleged to have been committed on reservation lands in
the state, including the Bishop Paiute Reservation. The Inyo County District Attorney takes its obligation to provide criminal justice services to all citizens of Inyo County, including all tribal
members and reservation residents, very seriously.
As we all know from recent events around our nation, no one, including peace officers employed by federal, state, and local agencies, are immune from investigation and prosecution of alleged criminal acts. The charges against Mr. Johnson will proceed in court and he will receive all of the protections accorded to anyone charged with a crime. Because of Congress’s grant of criminal jurisdiction to California state authorities, this case has nothing to do with tribal sovereignty. The District Attorney absolutely respects the sovereignty of the Bishop Paiute Tribe, and all of the federally-recognized tribes in our County. The office will continue to work with all stake-holders to ensure equal access to justice for everyone in Inyo County.