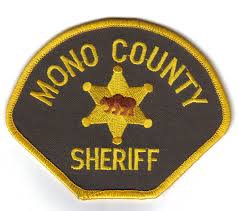 On Monday, December 8th, 2014, Mono County Sheriff’s Dispatch received calls from citizens of Chalfant regarding several buildings throughout the community that had been vandalized.

Mono County Sheriff’s Deputies responded to several locations throughout the Chalfant community to find walls, buildings and equipment vandalized by graffiti. Graffiti was found: on the Chalfant Community Center on the largest wall facing Valley Road; on the men’s room door at the community park; at the Chalfant Fire Department on vehicles used for training; and on a large box trailer parked on Hunter Ave.