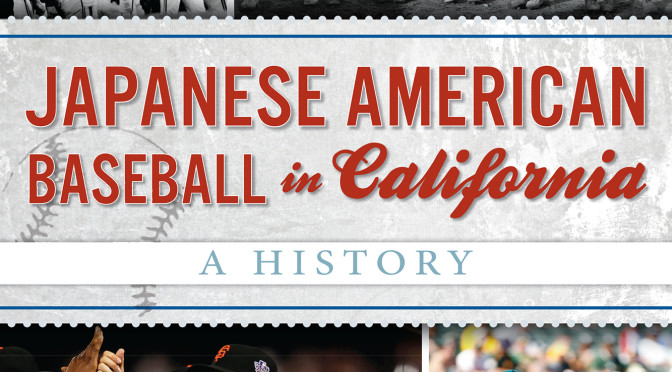 Four generations of Japanese Americans broke down racial and cultural barriers in California by playing baseball. 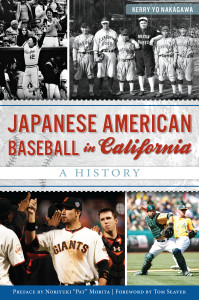 Behind the barbed wire of concentration camps during World War II, baseball became a tonic of spiritual renewal for disenfranchised Japanese Americans who played America’s pastime while illegally imprisoned.
Later, it helped heal resettlement wounds in Los Angeles, San Francisco, the Central Valley and elsewhere.
Today, the names of Japanese American ballplayers still resonate as their legacy continues. Mike Lum was the first Japanese American player in the Major Leagues in 1967, Lenn Sakata the first in the World Series in 1983 and Don Wakamatsu the first manager in 2008.
Join Kerry Yo Nakagawa in this update of his 2001 classic as he chronicles sporting achievements that doubled as cultural benchmarks.
Kerry Yo Nakagawa is founder of the non-profit Nisei Baseball Research Project (NBRP). His earlier works include the book Through a Diamond: 100 Years of Japanese American Baseball and the film American Pastime.
PUB DATE
7.29.14
Baseball, and sports in general, have been a large part of Kerry Yo
Nakagawa’s family legacy. In 1993, Kerry swam from Alcatraz prison
to San Francisco, and in 1994, he played as an all-star for the national
champion Fresno Bandit semipro team.
He is also a black belt in the martial arts and an advanced tennis player. His athletic family history includes his dad, who was a semipro football player and sumo champion, and his uncles—Johnny, Lefty and Mas—who competed with Lou Gehrig, Babe Ruth, Lefty O’Doul, Jackie Robinson and the all-stars of the Negro League.
His dedication to the NBRP project is well respected and has
morphed into a educational organization to bring awareness and
education about Japanese American concentration camps through theprism of baseball and its many multimedia projects.
The NBRP exhibit “Diamonds in the Rough” has achieved international status and has been shown in such locations as the National Baseball Hall of Fame in Cooperstown and the Japanese Baseball Hall of Fame in Tokyo. Kerry’s other visions to communicate this story include a documentary with Pat Morita entitled Diamonds in the Rough: Zeni and the Legacy of Japanese American Baseball and the Telly Award–winning educational documentary Site to
Patriotism.
He produced and acted in the award-winning film American Pastime, which is still educating and entertaining teachers and students through its dramatic narrative and specific curriculum.
He is an author, filmmaker, actor, historian, husband and father of two spectacular professional kids.

Kerry Yo Nakagawa at Manzanar

Nakagawa will be available to sign his book in the Manzanar store before and after his programs.
Manzanar National Historic Site5001 U.S. Hwy. 395
Independence, CA 93526